My Night at the School Brothel 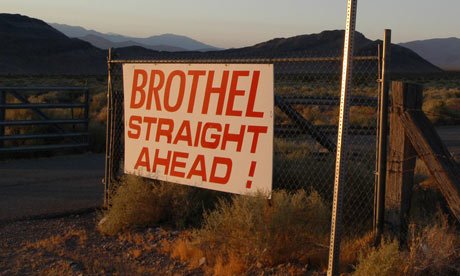 The other night, after work, I had a stack of things to do. This included speaking to an emergency doctor on the phone about chest pains I’ve been getting, which had suddenly migrated to my back.

I first went to a symptom checker website, and the advice that came back was call an ambulance immediately! Nee-naw – as I used to say to my son… a long time ago, when he was tiny.

But my guess was the pain was muscular – that the new year resolution exercises were the cause. And the doctor agreed.

It was late by now. I cooked some food. After eating, I sat down down for a minute and fell asleep and woke up an hour later cold and disoriented.

I went to bed and dreamed I was at a music concert with Vela, at a local school hall, and the band The War on Drugs played Under the Pressure.

A jazz guitarist friend guest soloed with the band mid-set, while I stepped up to do some lead vocals for a couple of numbers.

So now I am a singer…

But you didn’t see any of this; the dream action was off stage, with me lost and confuddled in the school’s maze of corridors, which were long, winding, and illogical. Getting unlost seemed to take an eternity. And by the time I returned to the main event, the band were packing up.

I looked around and found that I was standing next to a woman I know in real life and feeling awkward. She’s what you’d call a group acquaintance, who I’ve known vaguely for years and is nearly always unfriendly to me; and was similarly frosty in the dream.

I stood next to Frosty in the dance hall and I knew I should ask her to dance with me, but she was just so unapproachable. Frosty’s unfriendliness has got worse in recent times, is unique, and inexplicable, and made more stinging perhaps by the fact that I think I am slightly attracted to her.

After the concert the dream dissolved to a scene in a brothel. I was taken on a tour by a young assistant, who took notes on my sexual preferences. The song playing in the background was Sweet Painted Lady: Opportunity awaits me like a rat in a drain. The assistant stopped talking and nodded towards a woman in a glass waiting booth, standing with her back to us, saying this showgirl was definitely the best one for me. Showgirl?

The room was dimly lit. But on looking closely, I realised my recommended partner was Frosty, who must’ve followed me from the school hall. And though she didn’t look my way, it was clear from her body language that Frosty was aware of me, and what had been suggested, and the fact that I was holding back. And she was angered by my hesitation.

A man with no face walked over to Frosty and told her she was the most beautiful woman in the room, better looking than any of the other women working there. Immediately I recalled that a man once said the same thing to me many years ago, about Vela, when we went to that underground sex show in Hoxton.

I decided to give Frosty the snow woman the slip. I went looking for Vela back at the school, but she’d already left.

I interpret the dream as being partly about letting go of Vela, and therefore the content is almost encouraging; but also about sexual longing and frustration. That said, the bit with the man telling Frosty she was the most beautiful woman in the room, when she wasn’t, arguably loops back to that time in Hoxton, when Vela very much was the most attractive woman at the event.

So, I guess the dream is also a reaffirmation of Vela’s beauty and perhaps its continued hold over me. Damn!

« An Idiot Asleep What if They’d Hired a Muslim? »

I had mysterious chest pains. It ended up being two things. 1. Hiatal Hernia. 2. Gall Bladder Stones (had gall bladder surgery). I had to go through the full cardio work up and then a scope before these conclusions and my heart was fine. Although I was not comforted one bit by the cardiologist then telling me it didn't mean I wouldn't drop dead that very same day because women are one big mystery and all medical books are based on men! True story!

Blimey. Women are a bit of a mystery though. That said, you'd think they'd need different chapters in med books for women and men, given the anatomical differences – differences that I have observed with some interest over the years.