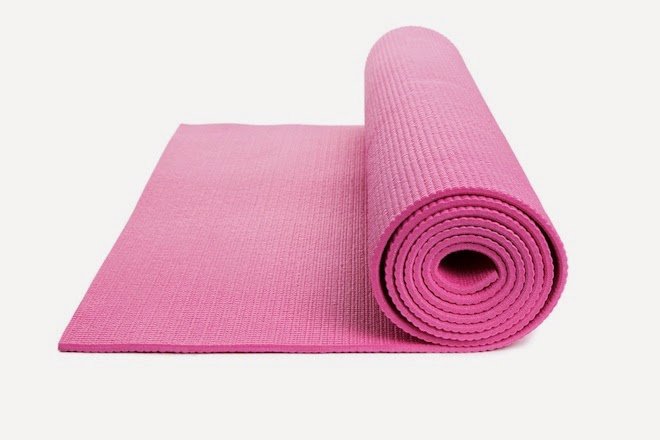 One of the reasons I started writing here is to make some space to talk about life with a crooked stick. Men aren’t good at discussing their health. We don’t seem to have found the language.
Having a crooked stick is embarrassing. It leads to embarrassing situations.
How do you talk about a broken penis to people anyway? I told my work colleagues I’d be off a week for an operation, and left it at that. I was concerned it might be inappropriate to say more: what if HR has a rule on talking about your penis at the coffee point? Especially if it’s a penis being cut open with the Nesbit procedure.

Before the surgery, I took Cialis (Viagra, basically) on and off for a few months. But Cialis used to give me muscle pain up and down my back. So, I switched to Sildenafil, which doesn’t. But Sildenafil gives me erections. I know, it’s supposed to. But I only want, and need, safe erections – in bed, at night, asleep. Safe erections I can live with. It’s the random uprisings of Sildenafil that scare me – 12 hours after taking the pill, doesn’t matter what’s on your mind, and suddenly you get one washing the dishes, sitting on the train, running up the stairs at work… at a yoga class.

The first inconvenient boner happened pre-surgery. I had an appointment with the clinic nurse. She needed to inject my penis to stimulate an erection, so the surgeon could accurately measure how much bend to cut out in the forthcoming operation.
The nurse was bright, lively, friendly, and attractive. She talked me through the science. And then she said, right, let’s give you an erection. She took me to a small room with a bed and told me to lie down. While she got the syringe ready, I dropped my trousers and pants and lay back. And then the one thing I didn’t want to happen, yet, happened – I started to get an erection.
She turned to face me. ‘Oh.’
‘I’m sorry.’
‘That’s okay,’ she said and patted my shoulder. ‘It happens. Probably nerves.’
I’d expect nerves to have the opposite effect. I suggested the pills. She said, maybe, as she took hold of my erection, pointing the syringe to the base. Then she tilted her head to one side, and thought about it. ‘Actually, I’m not sure you need this anymore.’
She let go and handed me what looked like a nappy-changing sheet to cover my lap, and fetched the surgeon. The surgeon arrived with his protractor, took some measurements and wrote them down. He said, that is a big bend, and left.
A month after surgery, and once the stitches had bedded down, I resumed taking Sildenafil to help get me stretched back into shape. But on a higher dose. Most mornings I wake up full of life down there. But frisky in a way I’ve never known before. Not like the frisky I think most men normally wake up to, but a kind of maverick, kamikaze frisky. You get used to it, absorbing the occasional reckless erection as a kind of occupational hazard, one that rises and dissipates in its own time as you get on with the daily grind.
I did yoga the other day. I tried a morning session, but realise now that I should have stuck to my usual evening class.

There’s usually about half a dozen people per session. But this time it was just me, a younger woman, and the instructor.


Doing yoga is part of my new year health drive. I’m an absolute beginner and utterly useless. I spend the sessions huffing and puffing and concentrating on not falling over or farting.


I’ve noticed that in concentrating like this the time passes quickly: that holding onto my farts gets me more in the moment than anything else I know.

We were almost finished when the instructor suggested doing pair work. Why must there always be pair work? The woman turned towards me and was very sweet and young and smiley. I felt sorry for her having me as a partner.

The instructor told me to put the palm of my hand on the woman’s sternum and stop her walking towards me. As I concentrated on my hand upon her chest, I felt the devil stirring.
No, not now, not here. Not in my cycle tights with the natty blue shorts over the top.
And then we swapped round and it was my turn to push. But first the instructor spoke about our breathing. We stood in a triangle, sharing intimate personal space. The young woman had her hand on my chest and it was still growing down there. I calculated we were only seconds from tenting. And then she pushed me really hard.  She said she was stronger than she looked. Proud of it. She really gave it some and the exercise took up my full attention.

And I didn’t tent. And the bestirring was becalmed, and the crisis had passed….
We finished the exercise and I turned to go back to my mat.
But the instructor piped up, saying actually there was another routine we could do together…
But why? I didn’t want to. And I bet she felt the same.
I should’ve wriggled out of it: buckled over suddenly, faking a tummy ache. Or ran off, citing an early meeting at work. But by the time I’d thought of possible get-outs, it was already too late. A quick thinker would have just done it – thought and action in synch. I’ve never been good on my feet.
I returned back to the triangle of jeopardy. The instructor asked the woman to get down on her knees and facing the ground. Down on all fours, he said. Downward-facing dog.

But all I heard was dog, as the thought bubble ‘doggy style’ blew up in my head. I couldn’t stop the thought. There she was, on all fours, waiting for the exercise to begin, the small of her back exposed – a beauty mark, pale skin, freckles. And the instructor asked me to hold her. Hold her hips, tight, and pull her towards me, while he told her to pull back and away from me.
This had to be the world’s stupidest idea for pair work.
We started and the stirrings returned. The tent was going up again. She was pulling away, and I was pulling back, while the instructor had left us momentarily to get cushions from the store cupboard for the final exercise.
If someone had walked in and taken a picture: blonde wood yoga hut, early morning light. Woman on all fours, with man crouched behind, holding her hips, noticeable object in his shorts.
But now it was time to swap places. The moment for her to stand up. We were only seconds away from a terrible revelation and I didn’t know what to do…
But God in his mysterious ways. Deus ex machina. I sneezed – suddenly and without warning. I let her go and turned away to wipe my nose, as the instructor came back carrying cushions up to his eyes.
There’s something about sneezes and erections. You can have one, or the other, but you can’t have both. Not me anyway.
The sneeze had taken over, killing the erection in seconds. I finished with my nose and was ready for my downward dog. She asked if I was okay and I smiled with relief.

And now it’s several days later, and as I’m writing this I want to say sorry to my yoga woman; while hoping it’s true what they say – that what you don’t know, doesn’t hurt you.
But no more early morning yoga classes from now on.
*TIFU – Reddit for Today I Fucked Up
« Bent Nail Syndrome (Three Things I Didn’t Know about Peyronie’s Disease) Deja Bloody View. Did Gwyneth Run Away with Reese’s Spoon, Again? »