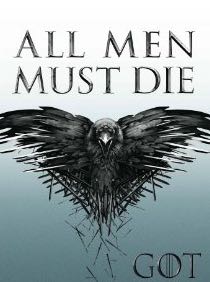 I met a rude, angry cyclist the other day.

He made me think. Valar Morghulis, I thought: all men must die.

I was cycling to work early morning, stopped at a busy junction, when a fellow two-wheeler whizzed up from behind and boxed me in – like I wasn’t there, as if I didn’t exist.

I looked at him, he was beefy and hairy and blowing hard – a cartoon of a fired up, speed-freak, urban kamikaze. He returned my gaze and emptied a nostril onto the road. 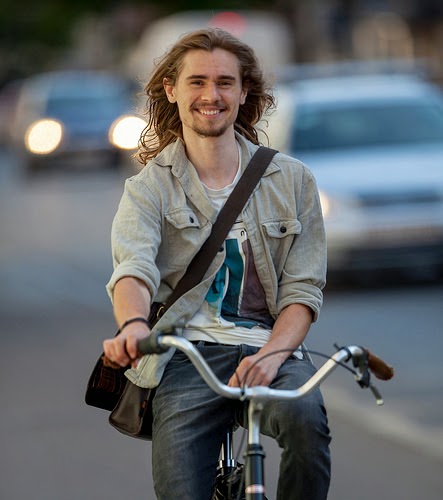 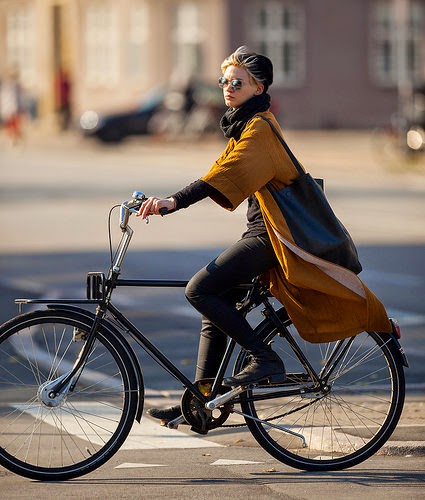 It was a long traffic light. We waited as cars flooded past in both directions. And then suddenly the hairy guy took off. The light was still on red, but he couldn’t stand waiting any longer. And, after all, why should he have to wait like everybody else? He burst through a tiny gap in the cars, almost ploughing into some school kids. I called out after him, feebly, Hey, Red Light!

He looked back over his shoulder and snarled: ‘Fuck off, old man!’

That stopped me in my tracks. No one’s ever called me old man before. Of course they haven’t. I’m not old. I wasn’t expecting ‘old man’ at least not for another decade.

I wanted to catch my cyclist up and tell him he was wrong, about the age thing. It’s times like these I wish I had a superpower…

I watched Chronicle recently with Annoying Son. An indie action movie about three teenagers who go down a mysterious hole at an out-of-town rave, and come back with the gift of flight.

What would I do if I suddenly grew a superpower? Would I do good, or would I seek revenge on all those who’ve wronged me?

In my younger years – you know, before I was old – I was always asking big, speculative questions. Usually at about 3am, drunk,  with friends, and a cigarette on the go.

At the start of Manhattan, Woody Allen paraphrases the moral dilemma from Camus’ The Fall: Would you jump into a freezing river to save another human being, putting your own life at risk?

That was my kind of inquiry. I’d happily muse on what seemed the key questions. Even when the burnt-out guy in The Big Chill greeted such posers with a nihilistic shrug – ‘What’s for Dessert? – I still wondered, and asked, believing I was on to something.


I wasn’t. But still ask the questions. Mostly in my head now. Often on my bike. And not always because I’m still philosophically curious in an abstract way, but because some fucker just cut me up, and I want to launch my superpower, right now, and right at him. Fly over, catch the cyclist up… and, well, let his tires down maybe.

I’d just been to see my physio and had my full winter bike gear on. I noticed the ex briefly appraising my appearance. I don’t enjoy it when people do this. I don’t like being reminded of the fact that others see me through their eyes, and not mine.

I told her what the angry cyclist called me, and she looked more closely at my ensemble: the long green and black woollen socks climbing over the calves; the black running tights, reaching up under the shocking pink shorts; the luminous yellow jacket and purple grey bandana; all topped off with an orange crash helmet. She said, maybe it was the clothes?

This is what I get for choosing not be a mamil. For declining to join the cycle chic/hipster/sportif trend.

Would it have been better if I’d worn this? 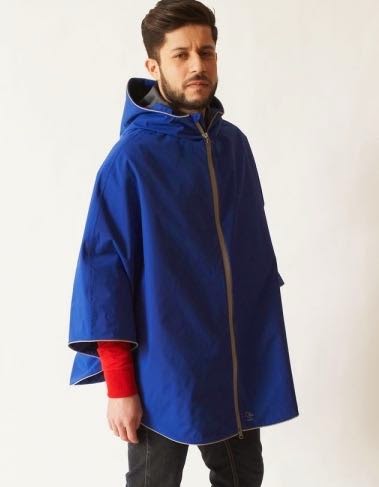 This looks quite smart 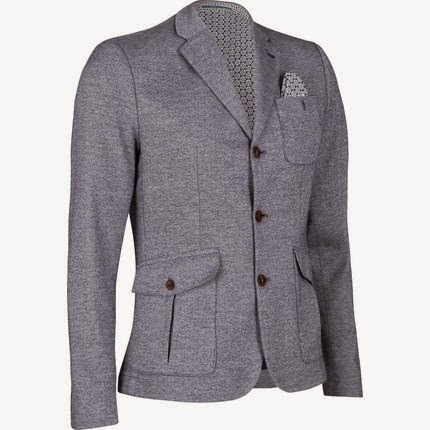 And here is something for when I next go on a bread run; especially if I’m in Paris.

And so, I wind up doing the thing I deplore: making fun of cycling gear. Maybe it can’t be helped – that it’s simply a way of dressing that’s quite funny. For being trendy. For masquerading as normal clothes, and failing. Or because bike gear is often ludicrously bright, like kiddy clothes; to stand out in the dark.

I left. Another half an hour passed in my journey through life. I was almost home. I’d locked my bike away, but the colourful gear was still on. Striding purposefully up to my building, I saw a friend coming towards me. We stopped to talk. She said she hadn’t recognised me in the dark. She looked me up and down.


‘What is it?’ I said.
‘Nothing.’
‘Is there something wrong with what I’m wearing? You better tell me.’
‘No.’ She laughed. ‘But, it might be better to keep your bike with you if you’re going to dress like that. So people know.’
‘This is my commuter chic.’
‘Hm. When I saw you from a distance, I thought, who’s that guy dressed like a loon?’
So, great, I’m an old man, who dresses eccentrically. Old – Damn. How? When?

There was a letter from the surgeon waiting at home. He described my operation as a success.

I had a flashback to my last appointment, just before Christmas, with me and him huddled together in his office, looking at pictures of my erection, analysing how, despite the operation, it still takes a wrong turning. He said the outcome was disappointing.

Why was it now a success? What had happened to my penis since he last looked at it that made him change his mind? 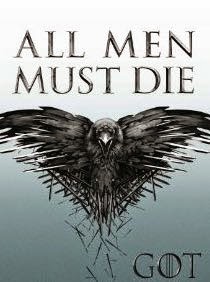