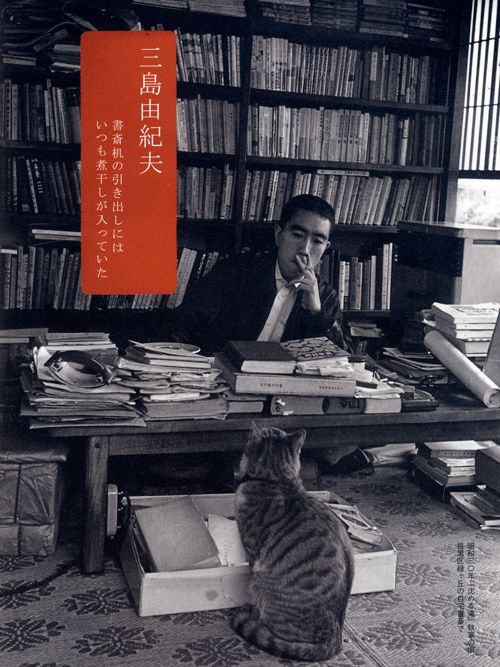 I dreamed last night that Vela was interviewed in a national broadsheet on the eve of the publication of her first book.

It was a children’s book, featuring cats, and was apparently highly thought of, beautifully illustrated and lavishly produced.

Vela was self-deprecating about her writing, but also quite forceful in advising the interviewer that though her cat book was fluffy, it was also a weighty allegory.

Vela spoke of an adult subtext concerned with good vs bad parenting. Vela proposed herself as the boss cat – a person of wealth; who disagreed with another mother – the lesser pussy on a lower income – on how best to raise a child. Vela was clear that her access to mega money meant her views on parenting held greater sway.

My son, the Annoying Son, was in the dream. Now that he’s older the Annoying Son features more in my dreams and this bothers me. The Annoying Son was younger and apparently a member of Vela’s office staff. He looked about ten, and he was busy compiling a set of newspaper cuttings supporting claims that Man Utd’s poor run of form had finally been put behind them.

The Annoying Son was taking instructions from the comic actor Stephen Merchant, who was Vela’s officer manager, and who at one stage spoke directly to camera, and therefore directly to me. Merchant said the new property I was about to move into, which he owned, represented a really great deal for me. The place was actually dingy, damp and squalid, but Merchant claimed it was bohemian, and a snip, and that he was doing me a great kindness.

I frequently have troubling dreams about living in dodgy homes – it’s a dark hub in my unconscious where anxieties about material well being mix and fester. In Woody Allen‘s Manhattan he downsizes to a new apartment and is neurotically anxious about some unsettling features, like the colour of the drinking water and a noisy neighbour upstairs. Allen isn’t simply riffing on his character’s need to worry always about everything. The home is a home, but is also a delicately loaded psychological vessel.

I watched an episode of An Idiot Abroad with the Annoying Son last night, which has Stephen Merchant in it. So, that explains his guest appearance in my dream. 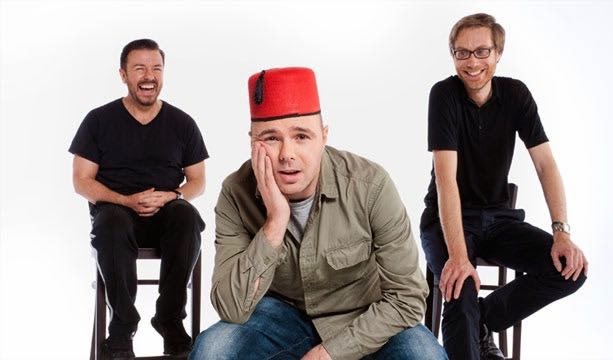 I am puzzled by Vela’s new career as a children’s writer. She was always quite distant in her parenting. Maybe her transformation into the next JK Rowling is an ironic commentary offered up by my unconscious. In the dream I actually racked my memory for any past mention from her of aspirations in this direction. Whereas I was always writing something or other during our years together. I guess the dream was telling me that I’d lost and that Vela had won.

Just a few night’s ago, I woke up out of the bed, sprawled across the floor, having thrown myself against the wardrobe in my sleep. Another night recently I lashed out and kicked the wardrobe – I was stretching to make a sliding tackle in dreamland. I often call out loudly in my sleep and the Annoying Son and a friend on a sleepover have recorded my gibberish on their phones. 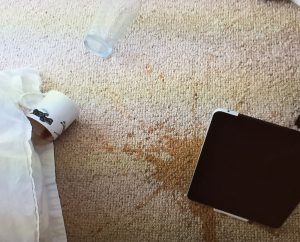 Last summer I woke to a crime scene, a coffee cup on its side on the floor, the dregs splattered across the carpet and onto the back of my iPad. An empty water glass rolled towards the cupboard. I’d swept my arm across the bedside table during the night, sending several objects flying. I didn’t remember a thing, though. I took a picture. It sort of horribly amused me and was also reminiscent of a favourite Irving Penn composition, Theatre Accident:

« My Crooked Stick My Night at the School Brothel »

Last night, I watched It's Such A Beautiful Day. Have you seen it?

I haven't. I've just looked it up. Stick animation. My son used to make stick animations when he was younger. I'd like to see this. Do you know the graphic novels of Jason? Wonderful.

I know of Jason. But I haven't read many graphic novels. Only Rall's and that's because he made me matter and I'll forever have some sort of weird crush on him because of that.