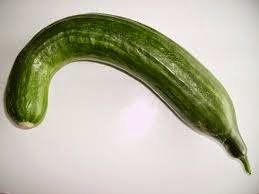 Eighteen months ago I found a lump in my penis, hard and tender and the size of a pea. I went to see my GP, who panicked, muttered ‘suspected cancer’, and dispatched me to the hospital.

The next day, I was fast tracked to a senior urologist, who had a quick look, and a feel around, and declared, ‘that’s not cancer, that’s Peyronie’s.’ And my first coherent thought was, they named my lump after a beer. And the second thought, isn’t it a relief I don’t have cancer?

Versions of this refrain have been repeated to me several times since: you must be grateful that it’s not cancer; be glad there’s nothing sinister about it. The inference being: man up and lump it. And though I am glad there’s nothing malignant about my crooked stick (or my Alpine horn), I struggle to be grateful for the pain, extravagant curvature and erectile dysfunction.

Peyronie’s Disease is a tissue disorder featuring the growth of hard fibrous lumps, or plaques, that affects about 1-3% of men (although some specialists suggest rates as high as 5-8%). Hardened scar tissue forms in the outer envelope (or tunica albuginea) of the main chamber of the penis (corpora cavernosa). Not only will this bend the penis, but Peyronie’s also shortens the penis and reduces girth. Now, there are very few men out there grateful to lose length and thickness in their penis.

The cause of Peyronie’s is not always clear and though it most often hits men in middle age or older, much younger men can also be affected. There is also to date no guaranteed fix.

In the early months of Peyronie’s, the penis is very tender to touch and painful when hard. It also becomes bent out of shape, especially if erect. After six to nine months, the pain recedes, but the bend remains. And bend is the word – its near right-angled shape reminds me of the plumbing under my kitchen sink. Short of amputation, Peyronie’s left me feeling about as disconnected from my manhood as possible.

Once I’d been diagnosed, a roundelay of scans, tests and additional examinations began as I was shunted between two hospitals and four consultants.

But after two types of medication, assorted supplements, oils, vacuum pumps, and Viagra (prescribed even though I was single), there was no sign of improvement.

Over several months, for 15 minutes twice a day, I put my penis inside a plastic cylinder and pumped it to full size, in the hope it would help blast out the Peyronie’s. And then I stood there in front of the bathroom mirror and took a selfie of my erection to show my consultant – as he insisted I must.

My penile deviation arrived at the wrong time in my life. Although it first started when I was still with Vela, the worst of the bending came after we stopped seeing each other and got so bad that intercourse was no longer possible.

I had recently turned 50. Had just started wearing a hearing aid. And now my manhood was on the blink. All these developments scream ‘decline’. Sometimes a man doesn’t need his hearing aid on to hear the toll of the bell.

Am I becoming obsolete?

It can sort of feel that way.


When discussing our privates, good form requires a polite blend of coy modesty. But down the years I’ve had pretty good feedback on my member. When I first met Vela, she was such a fan for some reason she actually boasted about it to her therapist, at length, raving that I didn’t appreciate what I had. And the praise certainly felt nice. There’s no doubt that in losing my old penis I’ve lost my pride and joy; and this is depressing.

It’s also a bit sad to think I’ve got less to offer a new partner.

Of course, I know that sex isn’t simply hard bodied coitus, and that there are many work arounds, aids and toys. I do also appreciate that this didn’t happen to me when I was younger – reading the heartbreaking accounts by twentysomethings on the forums makes you grateful, and a bit guilty, for the fun times you had down the years.

And maybe that should be enough for me. And for all of us as the ageing process starts to pinch. But I’m dubious of such stoical pragmatic thinking. For some people ageing presents a chance to re-order priorities – the fewer erections/ more golf trade-off perhaps? But I find these rethinks risky, representing a premature foreclosing on one’s life-spring.

I think that in my early 50s I’m still entitled to the full life package, and am therefore reluctant to see any positives in my penis taking a serious wrong turning. It’s not that I’m saying the erection maketh the man: I’m pretty sure this isn’t some kind of pathetic phallocy of mine. Also, I’m really not lap-obsessed: I do still have a busy, productive life from the waist up.

I also recognise that for some the middle years represents an inevitable, and for some welcome, reduction in libido. But not for me, my libido is still going strong – and I’m not the only one. I would like to think that some of the best years of my life lie ahead of me, including the bedroom years.

So, after trying with the pump, the pills, the oils, the supplements,  the Viagra, and so on, with none of it working and the bend just getting worse, almost 90 degrees, I went for surgery two months ago and they cut out a piece of my penis. They removed more than an inch. This loss hurt. In fact the whole thing hurt.

It was my first time being operated on, my first general anaesthetic. Outside the operating theatre, the anaesthetist gave me an injection as he joked about time off work. He told me to think of a beautiful place or city that means a lot to me. I said Venice – the light, the water, the stone – and my face started to feel warm, the stubble on my cheeks bristled… And I was gone…

And then it was two hours later and they called out my name and we were post operation. My penis was wrapped in gauze and packed in a ‘wound pad’ that looked suspiciously like a man nappy. I briefly glimpsed the stitches and wanted to throw-up. What had they done to my penis?

In what turned out to be the very last act of our post break-up involvement, Vela had accompanied me to the first meeting with the consultant a month earlier. She said she felt responsible for what I was going through. After all, the injury dated back to when we were still together and was possibly caused by a wild night under the influence.

My operation took place in a clinic less than ten minutes walk from Vela’s work. On the evening after my operation she didn’t come to see me or call up to find out how it had gone. She texted me the next day and said she’d gone out to dinner instead.

« Listen to Your Serial An Idiot Asleep »

So you're just going to leave me hanging? You can't write about penis surgery and not mention the results from it. Did I miss this somewhere? Spill. I want to know if it worked, how was recovery, how are you adjusting? And for the love of all that is good, Vela is a c*nt. Get over it. Just because she coincidentally is tied in with your "pierogi" (yes, this is attempt at humor) syndrome, doesn't mean you have to think about potatoes forever.