What if They’d Hired a Muslim? 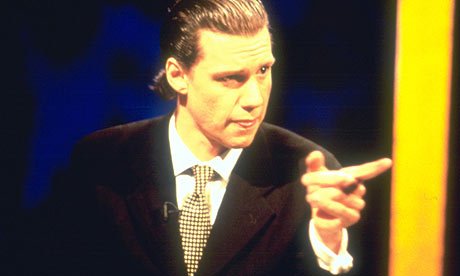 This was written on the day of the shooting.
The attack on Charlie happened in Paris today. First there was disbelief. Then amazement. But then resignation followed. After all, Charlie had done some provocative things in a dangerous world. Didn’t the editor himself say something like better to die standing, than live on your knees.

It was upsetting. It made you feel angry seeing the news pictures from Paris. What a brutal, cowardly, but also grotesquely macho, gesture of psychotic intolerance. I stared at the photos of the slaughtered and, of course, they seemed like ordinary people – sweet and clever and fragile. But also some of them looked like how you’d expect cartoonists to – can we say zany?

But then something else. A lot of them were mostly old, or at least getting there. They were part of a generation that came of age a good while ago.

I gazed at the pictures a second time and the cartoonists looked more fragile now. Like men out of time – and not just because they just died. The editor is a bit younger, but a lot of the cartoonists and satirists are 50, 60 plus. They look like the anti-establishment establishment, who probably fixed on many of their core ideas in the 60s or 70s. But the view from the 60s and 70s is much changed to how it looks from here.

All these men, of a certain age and appearance. I keep asking myself, might things had turned out differently if the magazine had recruited more widely; maybe if they’d taken on a few young, cool, sharp-eyed writers who were also muslim. But what do I know? Perhaps this happened. And perhaps the editors had friends who were muslims – friends who endorsed the magazine’s cover art. So, the question’s irrelevant. But I do wonder.

I told my son what happened. I asked him why he reckons the young men went and shot-up the magazine and slaughtered all those innocent people. (What a question. Reminds me of the Woody Allen joke: ‘How the hell do I know why there were Nazis? I don’t know how the can opener works!’)

But J didn’t miss a beat, he said the gunmen probably played a lot of Call of Duty and GTA. I don’t think he was blaming games or media – that wouldn’t be in his best interest. I think he was saying that violence exists, men can be violent, and some violent men play violent video games.

And so it goes – perhaps the killers had a blood lust inside, just waiting to come out one way or another, and just happened to hitch itself to jihadism.

Or, it could be that extreme Islam will lead to homicidal attacks on liberal values regardless of what happens in the West.

And if this is so, then we know our enemy and let the war of civilisations begin. It’s going to be tough though – as we know, these opposing civilisations often occupy the same cities and streets. I wonder if this knowledge of the close neighbour from a seemingly distant and quite different civilisation, troubled the editors at Charlie, and partly explained the magazine’s defiance.

They didn’t think they should be told what to do by anyone probably; especially by a value system they didn’t grow up with;one that felt new and hard to understand.

I know I don’t want to be told what to do. That’s not why I became an adult. I wonder if they felt the same at Charlie.

I remember in my late teens being told to take my hat off in Sacre Coeur and being resentful. I left the church in a huff. I was raised a Catholic and was fed up with all that stuff and nonsense. Now though, I think maybe I could’ve been more  respectful and considerate, or at least a bit more mature. I told a friend at the time and she suggested it wasn’t so clever of me to demand the right to do whatever I wanted and screw the injured feelings of others.

I remember similar arguments circulating during the war over The Satanic Verses, and feeling annoyed, convinced that essential values were being put at risk by some commentators – that the right to say and write what you think was being undervalued.

When the comedian Chris Morris was starting out, so the story goes, he visited a friend who’d recently got a job in radio. It was at the BBC. They were in a studio and Morris asked what the red button on the wall did. The friend said, whatever you do, don’t press that. So, Morris pressed the red button

I reckon this is what partly motivated Charlie. And I can relate to that. I also believe it was important the magazine made a stand, refusing to be threatened into silence. That’s a good stand to make, and brave. But is that it?

It is likely that the editors at Charlie believed in France’s universal values of liberty and freedom, and felt sure that they were defending these universal values by their actions. And of course it is hard to disagree that the concept of freedom of speech always need defending. And yet, the offence we cause, and the offensive things we allow ourselves to say, do change, indicating that things are not timeless and universal after all.

Not so long ago a lot more people made homophobic comments than they do today. Things changed. The values altered. The values were not timeless and universal after all, but historically specific.

Nowadays, many may still want to make homophobic jokes, but don’t, because it’s frowned upon, not allowed, illegal; but also many have come to realise it will cause offence.

If the editors of Charlie had recruited a muslim cartoonist as one of the gang, would they still have wanted to publish satirical images of Muhammad on the cover of their magazine? Or would they have understood better, through a relationship with a muslim colleague and friend, how some imagery causes offence. Not just offensive to a faceless mob, but upsetting to their friend, and his family and their friends. And maybe then they might have thought differently about satire, and decided they didn’t wish to do that to a friend and ally. I don’t know, it’s just a thought.

Once you have that sense of what another person is feeling, you start to realise that your universal principles are in fact quite particular after all. And that your particular values might want to try to get along with other people’s particular values – people who may actually live in the same town as you, or even the same street.

You realise that things have changed. You may not like it. This new world may make you feel out of time.  You might wish to revert to the position that your choice to depict a naked Muhammad supports a timeless, universal right to express oneself. But you will sense at some level that this really isn’t all that’s in play any longer; and perhaps never really was. But to embrace this fact is to embrace newness and acknowledge difference.

« My Night at the School Brothel Misery is Wasted on the Miserable »
Manage Cookie Consent
We use cookies to optimize our website and our service.
Manage options Manage services Manage vendors Read more about these purposes
View preferences
{title} {title} {title}