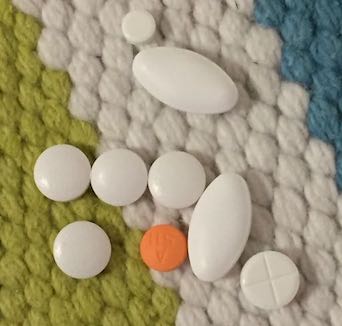 The one with the kick in the heart

Nobody touches you when you’re single. Not even the doctor any more. Well, sometimes the doctor examines you and after squeezes your arm sympathetically – if they’re one of the rogue medics who tossed the memo on keeping hands to yourself.

No one feels your skin, when you’re single; and you don’t feel their skin. There may still be in-between occasions between you and me, blurry instances of physical interaction as we pass through the world together, but being single largely you are confined to your neatly, clearly circumscribed personal space.

If you have children, you hug them, and that’s warmth for you and it is warmth for them. And they need that nice feeling; but also the message it sends, that says you, yes you, you are still cared for, even though you are annoying and, increasingly, on your own now.

And then you go dating again and it’s the same as it ever was but also it’s changed – or do I mean, charged? Recently the world turned on its axis and the questions that were always there, well, now they are underscored and set in bold and CAPS. You are now treading cautiously through the datersphere, wondering how each thicket is to be negotiated. If I reach out and touch your sleeve while we’re talking, how is that for you? I should first suggest an embrace, not just move in on you expecting one in return, correct? And what about a kiss – these days this comes sealed with a preliminary request, right?

We muddle through somehow, cross the thickets just about, eventually to interconnect. It happened. We did it. You’re involved again. Human to human. Skin again. Always the skin, she says enigmatically.

Yes, next you hand over a piece of your heart for them to have. To keep safe.

To keep safe. To not squeeze, or boot about, or trample all over, or leave out in the rain, get stains on, or painfully bend out of shape. You gave them a piece of your heart. What were you thinking, handing over this panna cotta organ to someone you recently met off the internet, you crazy person?

But what else to do? Be cautious, maybe. Hold something back in reserve.

Too late. You went and did it. And then, just after you went and did it, you noticed they weren’t sharing a piece of their heart in return. You slowly realised they wouldn’t be swapping after all. The one with the reserved heart hadn’t been dragging their feet these several weeks to just suddenly give it all up in a madcap splurge. They continued to hold back. Another wave of scepticism. And then, just a little bit after that, they said to you, actually, your heart, on closer inspection, after due reflection, it’s not that strong, is it? (At this point they’d slipped from heart as metaphor to heart as four-chambered blood pump. Specifically my four-chambered blood pump.)*

They said this quietly. In bed, apparently. But you didn’t hear them. (Cause your hearing is shit.) They had to repeat it by text over the next few days. But not repeating those exact words, not directly articulating their concern about the alleged faulty ticker. Instead, they just stopped saying friendly things, or encouraging things, or saying much of anything at all in fact. Half-ghosted – the preferred mode of non-communication for getting your message across.

I’m not sure if you’re heart’s going to see you through, they said, when finally we met to talk it over, face to face – those pills you take before bed, you know. So, if you don’t mind, I’ll be off now. She said.

Well, I might mind, but that’s not going to change anything.

​’In personal life, regardless of any covenant,’ wrote Gillian Rose, ‘one party may initiate a fundamental change in the terms of relating without renegotiating them…. There is no democracy in any love relation: only mercy.’

The mercy isn’t always immediately visible. Look hard though, and you will see. 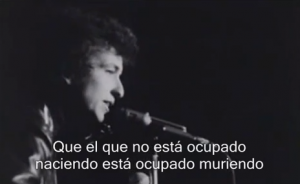 ** You’re heart’s not strong enough, she said. I replied the heart’s working fine. I should’ve also quoted Bob Dylan on wear and tear: Proves to warn that he not busy being born/Is busy dying. ( It’s Alright, Ma (I’m Only Bleeding)) Rock’s Nobel laureate is saying, I think, these organs and pipes that give life, also kill us through getting tired and clapped out from being used all day, every second of the day. And that is just the way it goes.